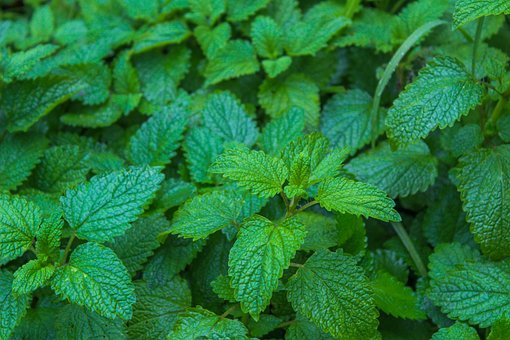 Melissa Leaf, more commonly known as Lemon Balm, is a unique herb though to have originated from Southern Europe and the Mediterranean, with over 2000 years’ worth of medicinal history.

Theophastus of Greece, a student of Aristotle who was considered by some as the ‘Father of Botany’ provided early documentation of this astonishing plant in his Historia Plantarum, published in 287 – 350 BC under the name of ‘honey leaf.’

Melissa is a Latin abbreviation of melissóphyllon, a Greek term that means ‘bee leaf,’ as the plant also was once used as a bee food, known for attracting bees to repopulate their previous hives. The intoxicating Melissa plant is said to have been created by Artemis herself to attract bees for her own enjoyment, endowing it with a rich and mythical history that goes to explain its cultivation on her temple grounds.

In terms of the plant’s medicinal properties, 10th century Arab physicians believed the herb to strengthen the heart and cure sorrow. We can also look to Carmelite water, also called the “Elixir of Life”. This was an herbal potion created by Carmelite nuns circa 1380 for King Charles V of France, with the elixir’s key ingredient being Melissa Oil.

Carmelite water was popular among royal court ladies for various afflictions, even carried by the famous Cardinal Richelieu to relieve “mental tension.” A version of Carmelite water created in France in 1611 – known as Eau de Melisse des Carmes Boyer – still exists and is sold today by the same company.

Pliny wrote about the herb’s magical properties, in that when the herb is tied to a sword which has inflicted a wound, it will staunch the blood. Additionally, Lemon balm leaves were prescribed by Dioscorides for “the stings of venomous beast and the bites of mad dogs.”

When diffused, our Melissa Leaf Essential Oil works to relax and uplift with its wonderful aroma. Seeing as this oil is highly versatile, blending a few drops with some citrus or floral scented oils will work wonders. Melissa Leaf goes especially well with lavender. It can be used topically to soothe irritation, or in a calming massage blend.

It is clear that the Melissa plant was held in high respects among the elders of philosophy and medicine, and if we are to take anything from the knowledge they have left behind, we should incorporate this wonderful herb into our everyday life.

If you want to harness the benefits of the Melissa Leaf, consider picking up a bottle of our ‘Courtly Melissa Leaf’ essential oil, available here!